My Husband Can Have His Job Back

I have to say my husband (Sean) and I (Liz) are a great team.

Sean is a hard working cowboy who has a passion for raising livestock and improving the land, it's in his blood and he loves his ranch life, but is not a big fan of sales, computers, etc.

I am also hard working, but in the office. I am the marketer, entrepreneur, website designer, sales person, accountant, etc. I do enjoy getting outside and working when I can and when needed, but typically it's best if I stay inside and stick to what I do best.

This week, Sean took the kids camping for a 2 days. Normally his dad would come down and do all the chores that needed to get done while Sean was gone, but it just so happened that he was going to be gone those 2 days as well.

I assured him I'd be able to handle the chores, it's not anything I hadn't done before.

Now, I have to mention that sometimes I can get cocky and think that my work that I do (listed above) is more important than Sean's "ranch hand" work and that my work is much more technical than his...

This is the point where I start to eat my words.

In the morning I had to move about 150 heifers (teenage girl cows) into a new pasture. That's easy. All I had to do was roll up 1/8 mile of electric fence into an already pre-made pasture (just a note, he already built the pasture, so all I had to do was roll up the wire). I made sure to turn off the power (a mistake I've made in the past, it's hard to roll up wire when your getting shocked every 10 seconds). I picked up the reel and started walking and rolling it at the same time, but man that reel got heavy in a hurry! About half way through I was stopping to catch my breath and thinking my arms were about to fall off. On top of losing strength and walking through a swamp of water the mosquitoes noticed I was ripe for the picking. Despite putting on a jacket and mosquito spray before leaving the house, that didn't deter the little blood suckers from my head, my hands and going through my pants, but that kept me moving at a good clip to pick up the fence.

When I finally got finished picking up the fence I started walking back to my 4-wheeler when I noticed that we had some electrified netting laying on the ground from a few weeks prior. With all the heifers in that field I really didn't want them trampling on it and ruining it, so I was doing my husband a "favor" by picking it up for him.

If you've never dealt with electrified netting before, consider yourself lucky. It's bulky, catches on everything and is impossible to keep it from getting tangled. After 10 minutes of cussing at it, while I picked it up and got in in a neat pile and put on the back of the 4-wheeler and started to drive off.

Not more than 5 feet of driving and almost all the electrified netting got sucked off the back of the 4-wheeler under the tire and nicely tied in a gigantic pile around the back tire of the 4-wheeler.

I pushed and pulled the 4-wheeler, but clearly, it was not budging and it was going to require surgery to get that wire out from around the tire.

My crafty husband (remember, he's not there) usually always packs a knife with him, but his not-so-crafty-wife (me) never packs a knife, so I began my 10 minute walk back to the house to get a pair of scissors to go fix that mess.

I drove another 4-wheeler (keep this in mind for later) back to the first 4-wheeler with the electric netting wrapped around the tire. I then started hacking away at the electrified netting and cut it probably 100 ways, but by golly I got the wire untangled (if you can call it untangled after it's been cut in 100 different places) and picked up the remaining good pieces and carefully put it back on the 4-wheeler to bring home.

All the while I was doing this all 150 heifers were standing around me in a circle watching my every move and mocking me as I cut and pried the wire out from around the wheel. I really felt like they were laughing at me the whole time, but maybe that's just me...

When I got home I realized that our milk cow had broken into the corral overnight and stolen her calf (and the other 2 calves we had on her) and taken off to... who knows where. I really wanted to leave her and let Sean deal with it when he got home, but my pride kicked in again and I insisted that I knew what I was doing and didn't want to have "one more thing" for Sean to do when he got home. So away I went to find the rouge cow.

I followed her trail through the grass and realized that she had gone clear up to our old house (about 1 mile away) so I followed the path through the fields up to our old house and found her with all 3 calves. It would have been easy for me to have turned her around and headed home on the same route she came, but I was angry at her for making my day difficult, so I did the easiest thing I thought. I sent the dogs herd her up. (Did I mention I like to make things harder on myself?)

The dogs tore out after her nipping and barking at her and her calf exploded and jumped through the fence into the next field. The milk cow only cares about her calf and is now no longer going to go home, but trying to reunite with her calf. After 15 minutes of getting her back together with her calf, she tears off through a ripe, tall field of grass back towards home. Which would have been fine if it were Sean because he knows where every ditch and hole in the field, but not me. I just about got stuck twice in mud and then almost went over the handle bars hitting an unforeseen ditch, but finally I got that cow back home with the calves all back in the pen.

You'd think I would be done with all this punishment, but no, I still felt like there was work to be done.

Next on my list. My sheep were not in the field they were supposed to be in. Sean really doesn't like my sheep. They constantly are running through fences and causing him trouble, so most of the time, he just lets them go wherever they please. However, we recently bought a dog to protect them, but it's hard to train the dog to protect the sheep, when the sheep are always on the move and never stay in one spot.

I had moved my Livestock Guardian Dog (Shep) closer to my sheep the day before but the sheep had moved again, so I had to go get my sheep back into the the field and move the dog closer to the sheep. I got the 4-wheeler stuck in a ditch going to get the sheep, but I was able to coax it out with back and forth motion, but now I was covered in water and mud.

I got the sheep returned the field they were supposed to be in and went to go get Shep moved closer to the sheep. I got him all loaded up and started across the field. Remember, I don't go out in the field as much as Sean does, so I don't know the terrane very well. Sure enough I chose to cross a ditch that was not so forgiving. Being a 2-wheel drive ATV when the back wheels get stuck it's pretty much end game. There I sat, defeated, there was no coaxing the 4-wheeler out of this ditch. Covered in mud and soaked in water, I finally called it quits.

I walked back to the 4-wheeler I had left earlier and headed back home.

My husband can have his job back.

Are Cows Contributing to Greenhouse Gases? 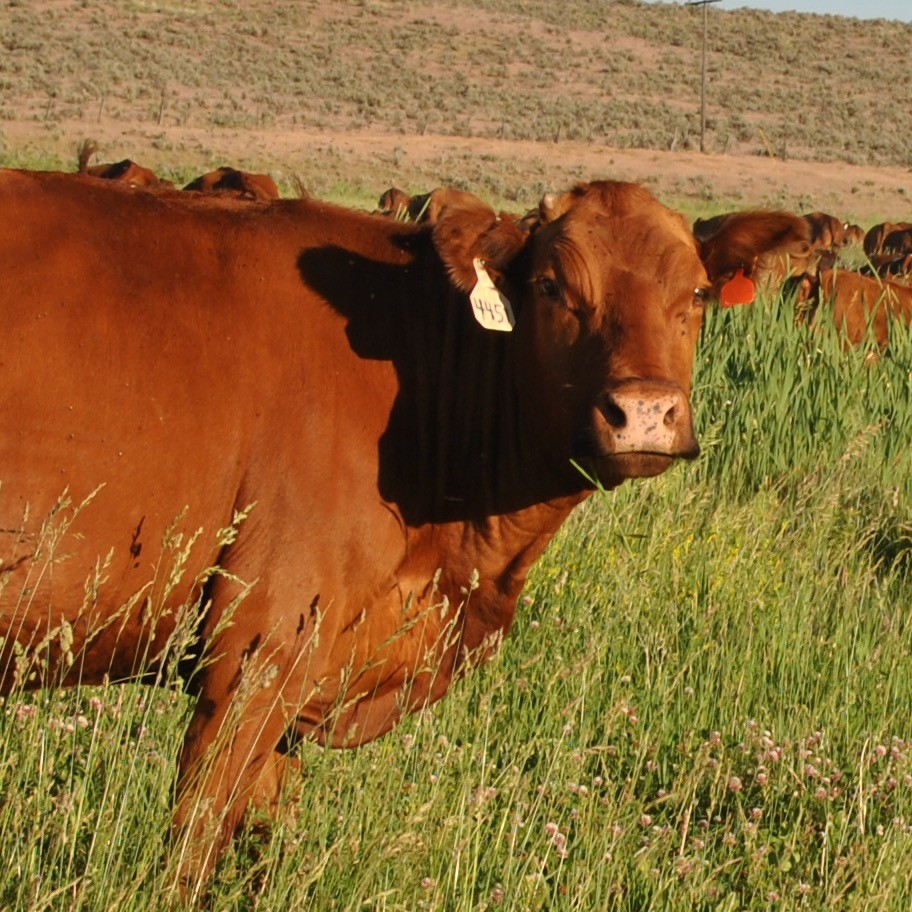 We Put A Llama In Our Car... Yep, You Read That Right *Video* 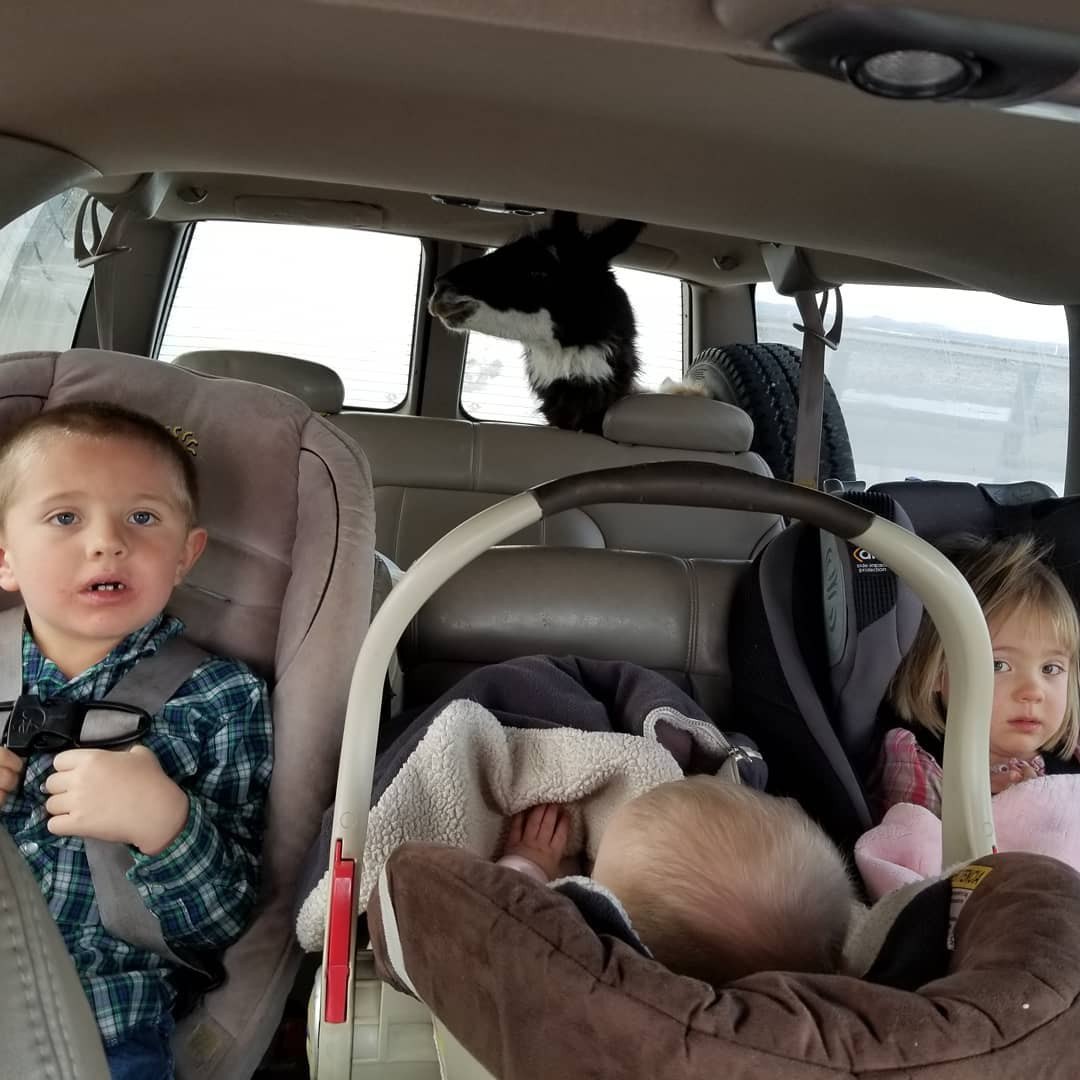