Beth Kandell has healed herself with food for many years.

Once she left Corporate America in 1991, Beth became an entrepreneur in Los Angeles. She established her own business providing high quality organic meats and sustainable seafood, helping young moms cook healthy, delicious meals, and teaching them about the linkages between the food and health.

After several years in the meat and seafood industry, Beth partnered with a local nutritionist in Beverly Hills and created a line of superfood infused cleanses, including soups and smoothies, which she shipped all over the country.

Ready for a change after living in Los Angeles for decades, Beth and her husband Randy decided they wanted a simpler life. For their next chapter they decided to build a retirement home and move to Stevenson, Washington in the Columbia Gorge.

Once in Stevenson, Beth began looking for a way to help her community

She noticed that many young people were having health related issues. Many had stomach (gut) problems and autoimmune diseases and the list went on.

The story of the cancer patient in Los Angeles never left her and when she researched local bone broth in the Columbia Gorge there was none. Hence, the birth of Simply Fine Gourmet and Beth’s Bountiful Bone Broth.

It didn’t take long for the broth to take the Gorge by storm and now Simply Fine Gourmet’s new brand, Beth’s Bountiful Bone Broth, is in natural grocery stores in Hood River, Camas, and Vancouver and is currently moving into the Portland, Oregon area. 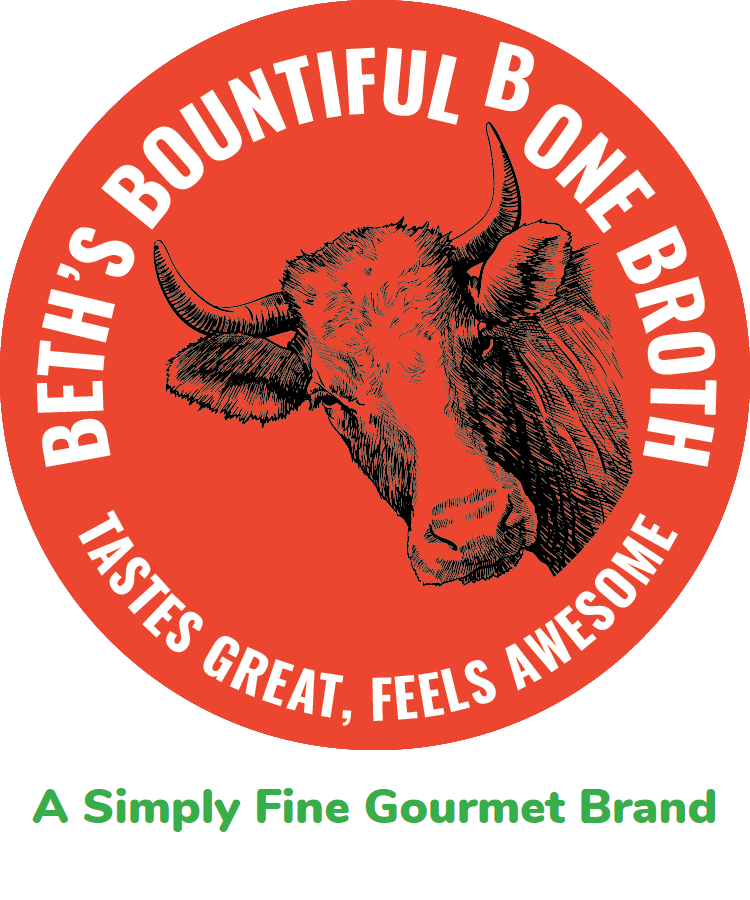