The Stangels come from a long line of farmers and ranchers who migrated from north central Oregon to, Enterprise, Oregon, in 1958. The three Stangel brothers, Joe, Bob, and D'ick formed a partnership that was originally comprised of farming dryland grain, raising cattle, and operating a heavy equipment/machine shop. Bob has managed the farm and ranch portion of the partnership, which began its transition from cattle to bison in 1979 when Bob and his brother Joe purchased six heifers and two bull calves from a rancher in Colorado. By 1987 all of the cattle had been sold and the transition to a strictly bison livestock operation was complete. In recent years two of Bob’s daughters, Theresa and Marta who grew up helping on the ranch, began working alongside their dad on the ranch. The Stangel Family is proud to provide Wallowa County and the Pacific Northwest with delicious, nutritious, 100% grass fed and finished bison. 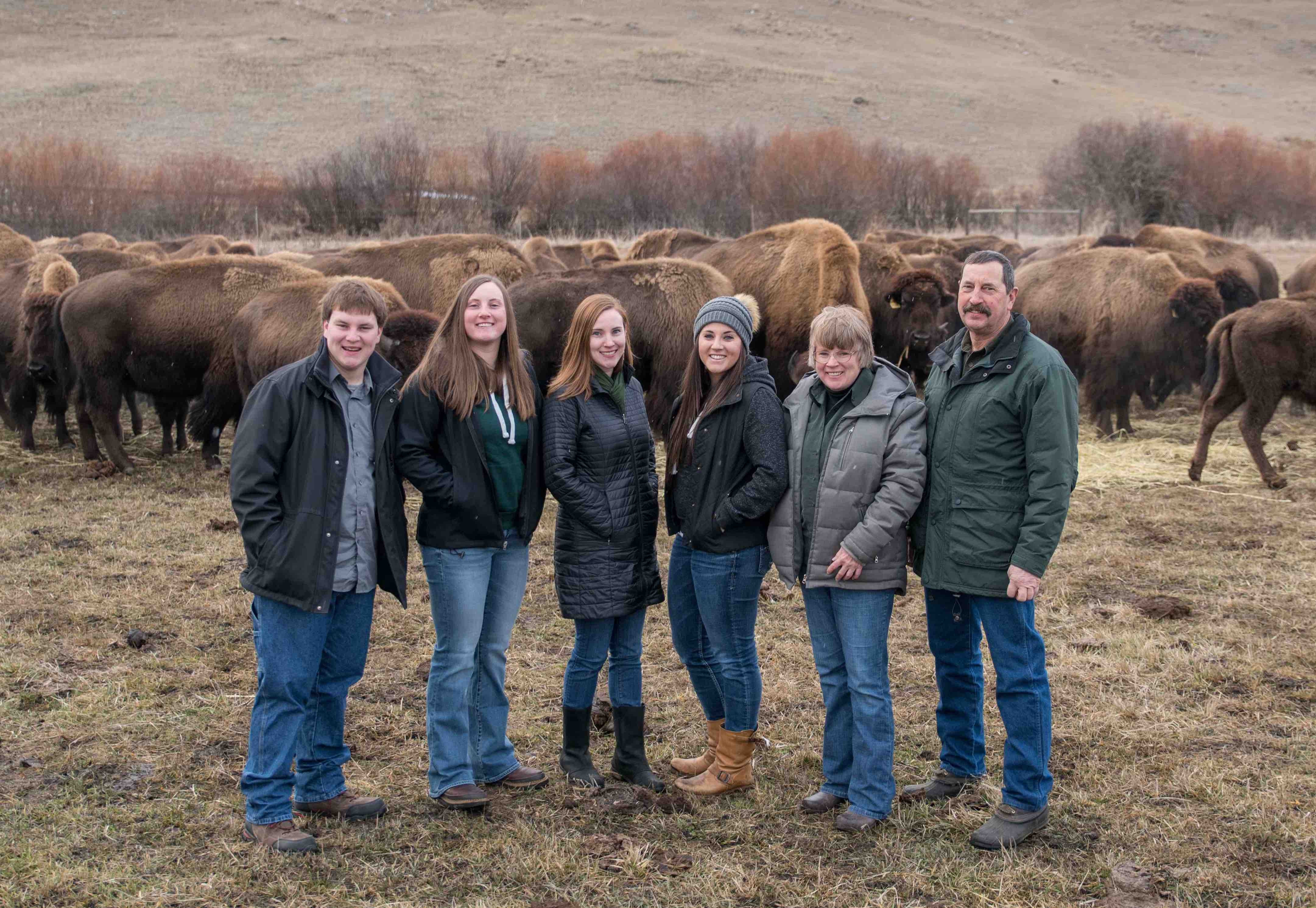